Based in Lisbon, Portugal. This Incredibly high energy and bundle of positivity is force to reckon with. She is a Painter & Professor of Language and Culture with 20 years of educational experiences in various countries.

She is One of our facilitators in the space of art and art installations with her rich experiences in art. Having lived and worked in countries like Poland, China, and Portugal she brings in unique perspectives to art and its assimilation. Her current engagement is in the space of Certified Art Installation Programme with us.

Our entire India Team comes with a rich experience of various industries from IT, ITES to Manufacturing to Educational to Pharma-Biopharma to Advertising to Mass Media to Telecommunications ...... to name a few with

​a single minded focus on

"Transforming individuals, communities, organizations, and countries through the power of theatre"

Elena Roncoroni from Italy is Playback theatre trainer, performer and conductor; action method group coach since 2002 and body worker since 1995 (shiatsu, energy medicine, qi gong), trauma release process practitioner and Focusing trainer. India is a magnet for her as here she feels calm in the midst of chaos.

She likes working with people, playfully enhancing creativity, supporting connections and deep listening, partner them while exploring their shadow and their light.

She specializes in people work in organizations and uses theatre based tools for interventions and training on various themes. She brings a unique skills of healing and therapeutic tools to deal in organizations, not only for groups but also for individuals 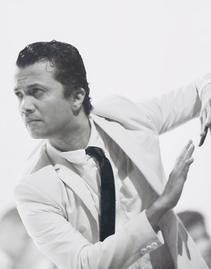 Anand is a coach having worked in Canada for nearly four decades in various capacities. As a soft skills trainer, he has designed and delivered essential skills for life/career design for newcomers to Canada to find gainful employment. In the recent past, he has redefined his career in India as a coach/consultant.  He works with individual and group coaching, combining Tai Chi and Psychodrama. He has a deeper understanding of systems approach to enhance creativity and spontaneity in
individuals and groups to work co-creatively that benefits all.

He has his masters inleadership in organizational development from Royal Roads University, Canada; a Certified master coach in Psychodrama from VedhaDrama – Moreno Institut Germany, Advanced NLP from Wellspring NLP Integrated, India; and Transactional Analysis from Relations, India; and TA Matters from South Africa

Anand has a Fine Arts Educational background (BFA and MFA) and has over 10 years of Corporate Experience working for various domains with a fair understanding of design elements with strong urge to research, learn and experience new trends in design.

He is a LalitKala Academy Award Winner, 2004. His works have won several award and his paintings are a part of several National Exhibitions . In Organizational Theatre his role to develop, design and execute campaigns, collaterals and visual content which are of world class standards.

Based out of Sao Paulo, Brazil Maria is an Engineering Graduate with a Masters in Business Administration. She comes withe vast experience in the areas of sales, marketing and business Development

Her focus area of Organizational theatre will be sales and marketing in the South America Region along with Portugal and Spain.

Her passion to understand clients and customers needs and translate that into design and Development that finally results in a wholistic theatre based learning and experience is her strength. Very driven and very passionate about her work are the few attributes to her personality. She is also a fitness freak.

Evgeny is from Moscow and specializes in leadership development in organizations using such instruments as executive coaching, business training and team alignment strategic sessions. As a trainer and coach he most frequently works with themes like change management, team alignment, influencing skills, effective feedback, conflict resolution, emotional awareness and control, public speaking and general career development. Evgeny’s balanced approach is appreciated by clients as they embark on challenging changes in a safe and natural way.
In the past eight years Evgeny has been working intensely as an executive coach, trainer and consultant with top providers of leadership education in Russia, conducting corporate universities and training and development programs including initial planning and design, assessment and selection, and training and coaching.  Before moving into leadership development industry Evgeny took marketing and sales roles at a leading investment bank in Russia, and later on at a venture capital start-up.
Evgeny's client experience includes biggest Russian and multinational companies, as well as small and medium-sized businesses across many industries: Banking and Finance, Oil and Gas, Energy Sector, Manufacturing, FMCG, Pharmaceuticals, Media, IT, Public sector and NGOs.

Our Team of Actors, ​Directors, and Facilitators

Ranji was previously heading the Learning and Development Center of TechMahindra, Bangalore for 6.5 years in his 13 years of corporate stint.
He is a trained Actor, Director and Theatre Trainer.
He is a theatre practitioner for the last 20 years in India and outside India.

Practitioner Details
Conducted workshops in the UK, Switzerland, Netherland, France, Germany, Italy, Finland, and Singapore. He has most recently launched “The Nothingness Workshop” which combines the principles of Zen, Tao, and Theatre in Italy and Finland.

Awards and Recognition:
He has won the Global Leader for Diversity and Inclusion from the World HRD Congress in 2017, for his work in 16 countries.
Organizational Theatre wins the Hottest HR Startup at NHRD in 2015
He was the finalist at the YCEA award by the British Council in 2012.