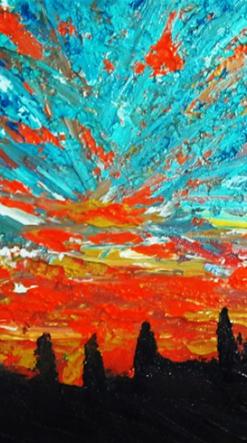 Every workshop has a series of stories which are directed by our internal directors and written by our own playwrights.

These performances are staged at public spaces where participants get a perfect platform to kickstart their theatre career and also get a good insight into how a theatre performance work and the different back-end preparations to lead to a show.

The show is a series of

The entire journey of Amrita Sher-Gil is an excellent case study of personal journey of the director, the team, actors, who worked on the historical data analysis, interpretation and narratives; leading into something eventful.

".... If we really be true to our journeys, if we push our boundaries and dare to learn something new, if we identify new unexplored areas and be ready to become a student again, learn an absolutely new art form, skill and philosophy with an empty cup; what comes out is a new direction, a new way of thinking, a new self.... my greatest challenge was not ideating or even devising but managing the larger team with its own set of challenges. I was dealing with actors of 2017, their priorities, anxieties, goal and work-life balance. I learnt that when I truly let go off my....... says Ranji "

For the first time in India, be a part of this social improv theatre performance where actors take stories and responses from audiences which will be then performed impromptu by our actors on the spot and also the actors would paint each other and on a canvas on which the performance will take place.

Actors who also paint will be a part of this show along with improvised music. The performance will happen on stage on an empty canvas which is also the backdrop for the evenings. Stories of the audiences will turn into colors and performance on the canvas.

The choice of colors and styles of painting and performance will depend on the reactions and stories given by the audience to the actors.

The Journey toward play making

"......Seeking the unknown, tending towards high-end experimentions, always in sight of 99% failiure..... here are our most recent & exciting theatre works. At OT we are always keen to experiment with that which is unthinkable, with that which is blasphemous, the kind of theatre work that send a chill into the spines of any theatre actors or theatre group purely because of its complexity. We boldly take on that path of pure ecstasy and the forbidden, to give audiences and actors moments of joy. If your work is not creatively shocking then you better stop doing theatre or any art form; enough of safe work, now is the time to be creatively unsafe...."  ~ Ranji David.

The Nuisance of Hamlet:.An interactive theatre play for children done in simultaneous dramaturgy style, is 100% Shadow theatre.  for children and young audience. The play takes the audience through an audio visual poetic journey. This adaptation of William Shakespeare`s story takes place in Bangalore, and looks deeper into the lives of three children. Their stories revolve around aspirations and dreams.  The play moves in and out of Hamlet and real life stories in an interactive format. The play is paused at crucial points and the audience is invited to reflect on possible solutions and suggestions on how these real life situations could have been handled. The 3 stories are about bullying, being sensitive to others dreams and how cheating can lead to complications in life.

Corporate Politics of Macbeth:A play for Adults only is 75% shadow and 25% visible to the audience. This is an interactive shadow performance. Back-biting, dirty power plays, harassment in the office and crushed ambitions are just some of the things that we to talk about in this new adaptation of William Shakespeare’s Macbeth. Contemporary office-goers will find resonance in the underhanded way the struggle for power plays out in the over 400-year-old play.  The contemporary adaptation is based on the true life stories - we received an overwhelming response from employees in corporate firms when we started a facebook campaign back in September 2013 about experiences of harassment and back-stabbing in the office. The play draws parallels between Macbeth and the current office situations in the Indian organizations.

The Masks of Romeo and Juliet: A play for all ages is 50% Shaodow and 50% visible to the audience.  Two lovers secretly wed despite the sworn contempt their families hold for each another. It is not long, however, before a chain of fateful events changes the lives of both families forever. In this adaptation of Shakespeare’s famous tragedy play, the story revolves around the Shakespearean version done in shadows and intertwined with a story of 2 lovers caught in each others cage of love. The play shifts through these two worlds.

Plays directed by Ranji over the years

This particular performance was devised for over 9 months, after which the play was done in several NGOs, polished into a performance of what it has become today. Even today moments from the show are improvized by the actors, rekindling that spirit of an inner child.

This red nose clowning piece looks for tender moments, seeks to touch a flower, heal physical and mental wounds of the audience with a feather.

Sinderella always brings smile on the faces of audiences no matter how small or big they are. No matter which region, religion, race, or country they belong to. It seeks to unite all people and animals under a single roof of tenderness and compassion, never losing sight of hope that we all so dearly cling on to, sometimes in the show nipping that very rope of of hope. 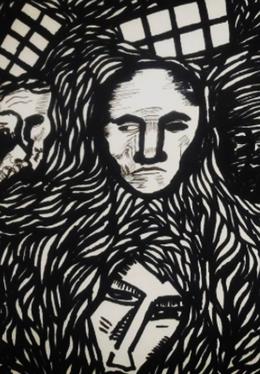 An insight into theatre work of Ranji David since 2000